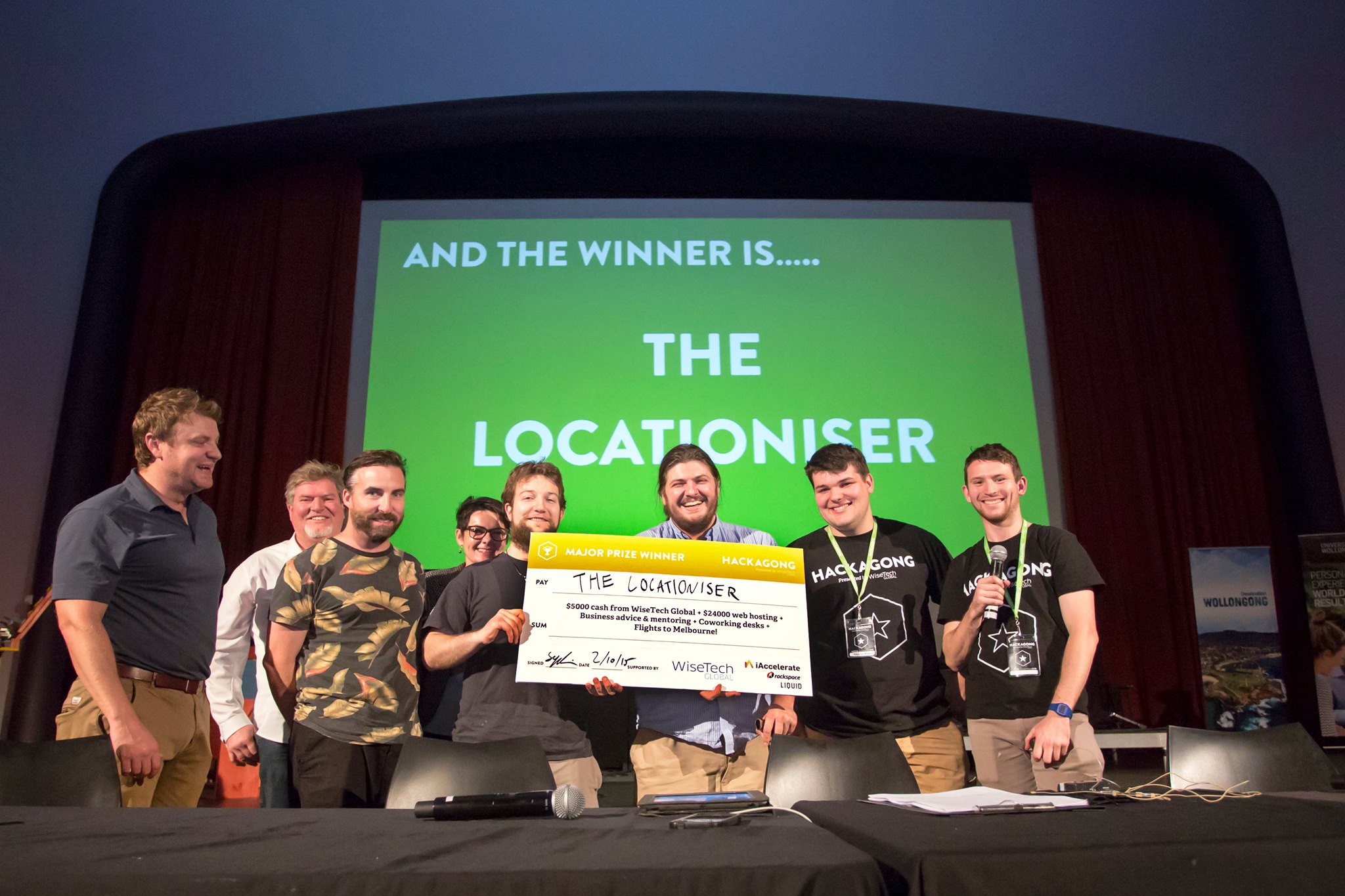 It’s amazing what you can make during 30 hours… and the teams at Hackagong 2015 boasted their ability to do just that. We awarded over $150,000 worth of prizes and giveaways at this year’s Hackagong held 19-20 September 2015 at the University of Wollongong. This year was our biggest yet, selling out at 160 tickets with competitors spanning out across 49 teams competing for 13 different prize categories. We also introduced Australia’s first hackathon crowdfunding experiment, with 9 teams creating crowdfunding campaigns. Thus far, over $4000 has been raised by teams. Our category prizes ranged from Most Innovative 3D Printed Object to Best Internet of Things Hack to the Community and Social Impact prize!

After 30 hours full of designing, coding, building, hacking and eating the teams produced truly awesome prototypes ready for judging by our team of category judges. Teams competing for the overall prize prepared crowdfunding campaigns to market their product to the world with the winner being determined at Demo Day – our Top 6 pitching event on 2nd October 2015. The Top 6 teams were determined by a combination of the amount of money raised and the amount of backers.

The Locationiser (Alex Gray and Antonin Ganner) is a device designed to scan a room from a single point and gain precise measurements, to display in as 3D blueprints. A hugely useful tool for engineers and architects working in existing spaces and other applications as well. The team utilised a number of different technologies such as IoT, 3D Printing and LIDAR to bring together their idea.

Alex and Antonin have won an amazing prize package worth over $52,000 including $5000 cash (WiseTech Global) + Business Mentoring (Liquid Co) + Web Hosting (Rackspace) + Coworking Desks (iAccelerate) + ACS Memberships and Flights to Melbourne to meet the Liquid Co team. The prize package will enable the team to kickstart their prototype into a fully fledged product.

In no particular order, here are the winners of each of the prize competition categories. More details about teams and their submissions can be seen on the https://hackagong.com website.

Most Creative 3D Printed Object
Winners: Post-Modern Puzzle Box
What: A way to keep precious things safe from those you intended to give it to anyway and enjoy the suffering of expectance
Prize: Me2 3D Printer from Me3D

Most Immersive Idea
Winners: The Beaconing and VRShooter
What (The Beaconing): 3D Printed Mobile Augmented Reality for everyone, everywhere
What (VRShooter): A fully immervise world where you battle other players from around the world, stand man standing wins
Prize: Oculus Rift DK2

A massive thanks to our Platinum sponsor, WiseTech Global, our Gold sponsors: Braintree, University of Wollongong, Rackspace, IMC and iAccelerate along with all our other sponsors. Without your generous contributions, Hackagong wouldn’t be where it is today.

Hackagong is the largest independent Hackathon in Australia. Hackagong is run entirely by students and volunteers as part of the Wollongong IT Society, a student club at the University of Wollongong.