Well that was a truly epic week in Wollongong! We awarded over $32,000 in prizes at last weekend’s Hackagong held July 20-21, 2013 at the UOW uniCentre, and Demo Day held Wednesday July 24, 2013 at the WIN Entertainment Centre. Hackagong attracted over 100 competitors across 34 teams, competing across 9 different category competitions from…

After a huge weekend, the Top 10 Hackagong teams have been decided by an awesome group of judges, and will be pitching and demoing on the main stage tomorrow (Wednesday July 24, 2013) from 12:30pm to 2:30pm at the WIN Entertainment Centre as part of #IllawarraDigital2013. The full-day event is open to the public and… 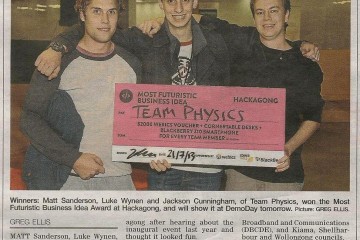 Team Physics in the news!

A great write-up in the Illawarra Mercury today on Team Physics who won the “Most futuristic business idea” competition for their 3D printed opensource portable gaming system, named PiPy! 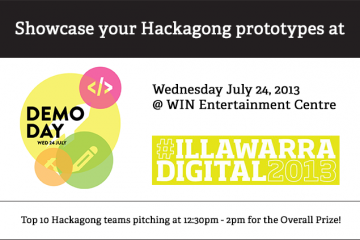 Hackagong teams to showcase at DemoDay

Huge thankyou to all of the competitors, judges, reps, mentors, spectators and sponsors at last weekend’s epic Hackagong at the UOW uniCentre! We had over 100 competitors across 34 teams, and over 150 total people on the weekend. Judges awarded the category prizes and determined the Top 10 teams who will pitch for the Major… 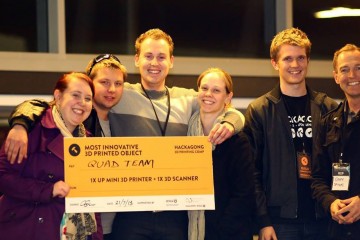 Over 100 of the most talented individuals you could hope to meet, spread across 34 teams, competed across 9 different prize competitions this weekend at Hackagong 2013 held at the UOW uniCentre. A group of notable judges determined the Top 10 teams, and the winners of each of the prize categories (excluding the Major Prize)… 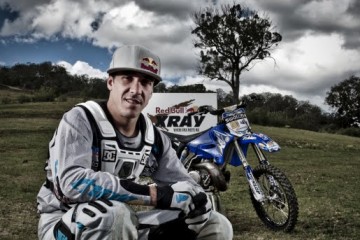 Motocross champion and stunt rider, Robbie Maddison, is sponsoring a prize for Hackagong 2013! Robbie grew up in nearby Kiama and has an impressive list of stunts and achievements from a 120m jump across San Diego Bay to being Daniel Craig’s stunt double in the recent James Bond movie, Skyfall. We got a message this… 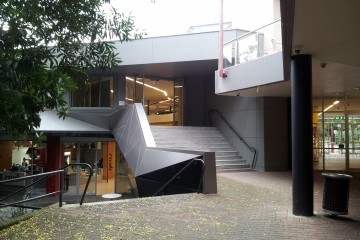 Hackagong kicks off in less than 10 hours!

Wow, just wow. We’ve been amazed at the interest and excitement in the build up to Hackagong. As of writing, we’ve sold 130 tickets, and expecting quite a few more on the day. The UOW uniCentre (mighty entrance pictured above) is all setup with ample tables, piles of beanbags and “godly amounts of bandwidth”, as… 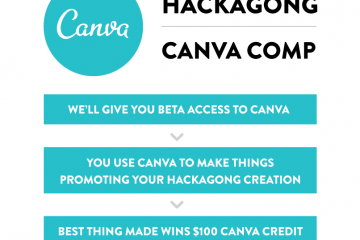 Huge news to announce today! Canva is confirmed as a gold sponsor for Hackagong 2013! Currently in stealth-mode and having recently raised $3 million in seed funding, they are a hot Sydney-based startup building an awesome online design platform that makes professional design accessible to everyone. This weekend, Hackagong competitors will be some of the first in the… 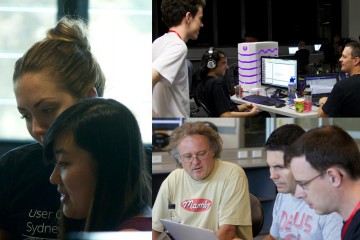 The Hackagong Guide to Building Your Team

There are few things more exhilarating than turning your own ideas into manifested realities. Making something new that has never existed before, and as a bonus, finding a group of people somewhere in the world who absolutely love your creation is what Hackagong is all about. But how do we go about achieving this kind… 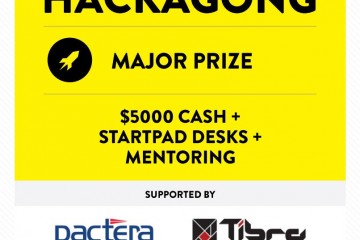 The final prize pack and sponsors for the overall winner of Hackagong 2013 has been confirmed. The winning team with the “most viable business potential” will receive $5000 cash thanks to both Pactera and Tibra, including desk space at iAccelerate‘s StartPad incubator, professional pitch training, business advice and consulting from Spoon Consultancy, as well as…