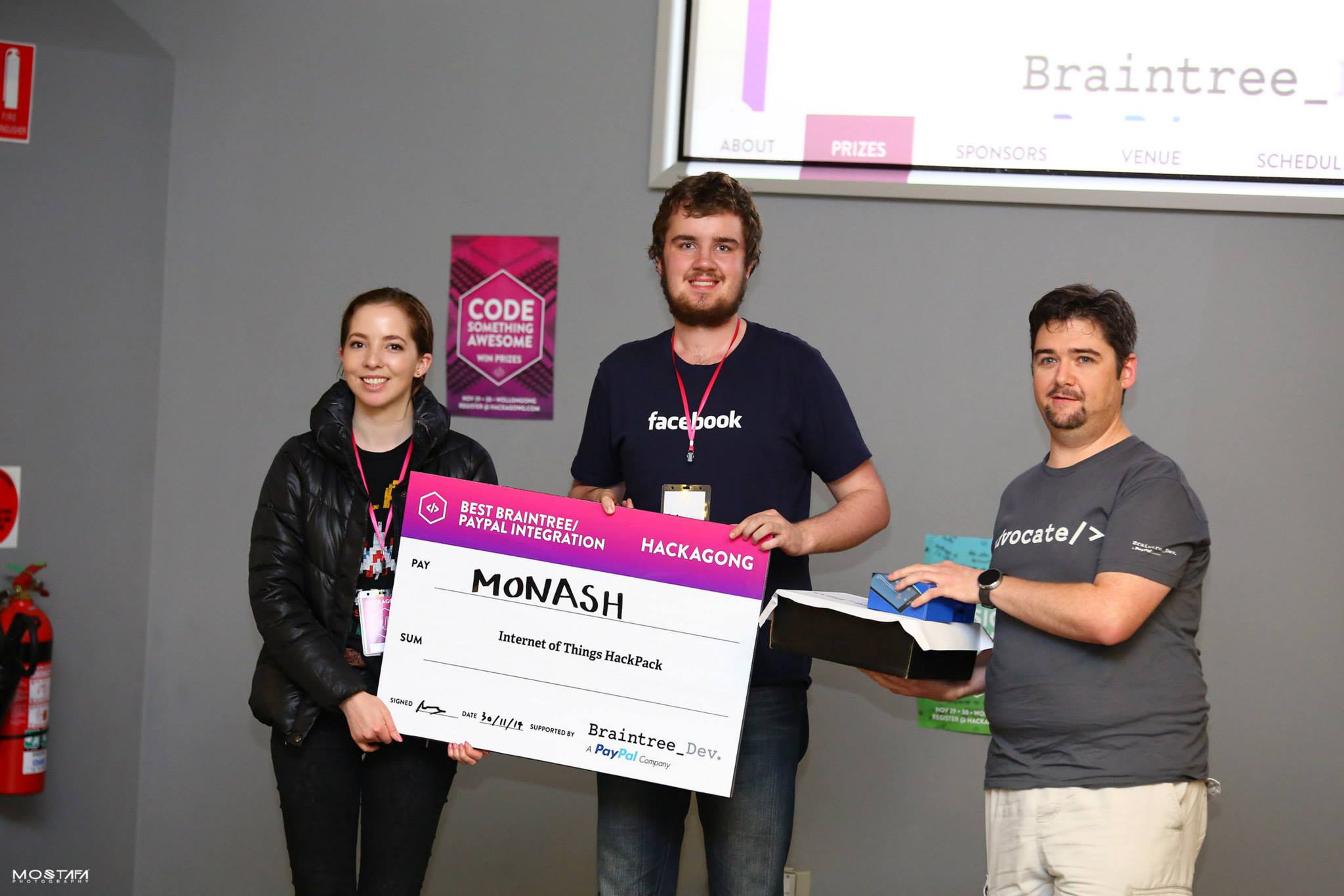 Over 135 competitors, spread across 45 teams were all in the running for a number of Category Prizes at Hackagong 2014. A group of notable judges determined the Top 10 teams, the winners of each of the prize categories and the overall prize winner. Teams were then presented with their awards at the UOW uniCentre. These most talented individuals created a prototype product from start to finish in just 30 hours, definitely an awesome job.

In no particular order, here are the winners of each of the prize competition categories. More details about teams and their submissions can be seen at our Hackagongers.com website.

What: The team behind rent left started out as potential roommates trying to find a new home. RentLeft automates the hassle of renting applications.

Prize: $2000 cash, thanks to ScriptRock and Braintree

What: An internet connected chicken hatchery, demonstrating the value of IoT in agriculture.

What: Mecha Chapter is a wargame entirely developed using 3d printers from models created by a 3d artist team.

Who: Christopher Michaelides and Andrej Griniuk

What: Big retailers, like Woolworths, Rebel Sport, and Kmart have the advantage of scale when implementing data analytics and retail metrics. However the small owner-operator retail store don’t have the time, dedicated analytics staff, or the resources to leverage this data.

Who: James Austin and Bec Martin

What: Blink was conceived at Hackagong ’14 by a group of plucky young student from Monash with a dream of revolutionising e-commerce. Start selling something in just 60 seconds.

Prize: Internet of Things HackPack and Nokia Smartphones, Thanks to Braintree and Microsoft

What: Cross platform location sharing for both mobile platforms and web.

Who: Daniel West and Sam Gossner

What: A tile-swapping medieval farming puzzler

Pioneering the Future with Meta

Who: Lucas Zadrozny and Daniel Swiegers

What: An innovation in communication, 3D video chat.

Who: Carl Woodward and Phil Brown

What: Trying to rid the world of keys! Qlock allows you to replace all of your pad locks and combination locks with a Qlock and your iPhone.

Prize: Nokia smartphones and Spark Maker Kits, Thanks to Microsoft and Spark.IO

What: An example of Augmented Reality and their project, Meta Physics.

A huge thanks to all our competitors, supporters and sponsors for making Hackagong 2014 happen! It couldn’t have been done without your awesome support. Thank you!