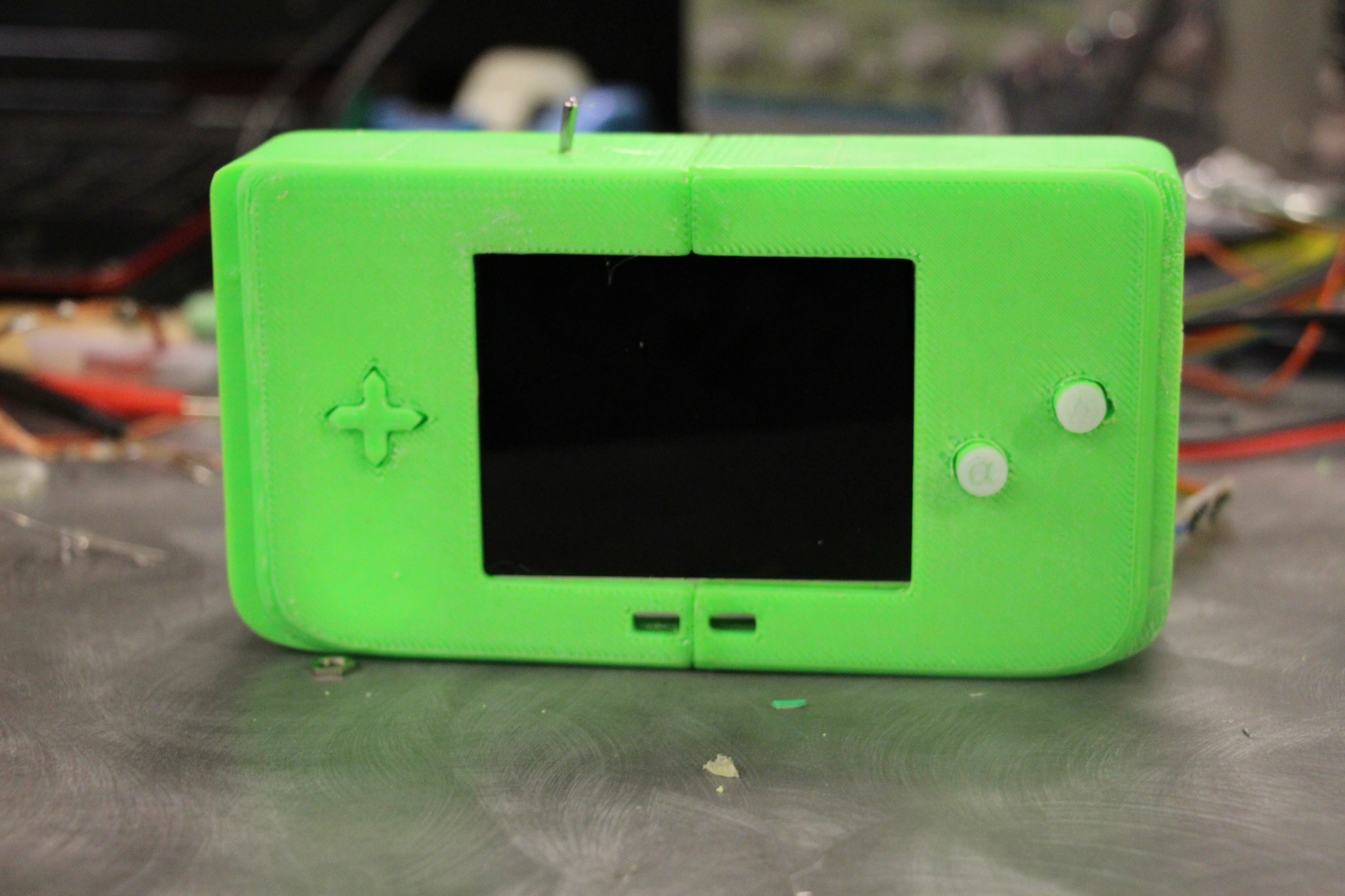 How did the team meet?
All of team members are physicists, with Luke and Matt Griffiths studying at UoW, and Matt Sanderson and Jackson recently graduated from UoW.

What did you build at Hackagong?
We made an open-source, handheld gaming device, which we have called Pi.Py. The hardware consists of a modified Raspberry Pi connected to a 3.5” screen. This was all placed into a case created using the 3D printers available at Hackagong. We also wrote some software to interact with the games, and a version of pong based around special relativity.

Why that idea and how did it come to you?
All of the team members are gamers, so we designed a product that we would consider buying. We also wanted to create something that could show off our wide range of skills, such as electronics, design, and coding.

How was your weekend experience at Hackagong and/or Demo Day?
It was intense, almost everything that could go wrong did go wrong, and after 30 hours we were exhausted. But at the end of the day, the sense of achievement you get from creating a prototype in 30 hours can’t be beaten. All the other teams at Hackagong were amazing, and it was great to see so many fantastic ideas in one place.

What’s next for your product development?
We still have a few bugs to iron out, both in the code and hardware. It would also be nice to reprint the case, now that we have a better understanding of the possibilities and limitations of 3D printing.

What’s the grand future vision for what it could become?
It would be great if the device could be made cheap enough to be a viable contender in the marketplace. But if not, it would be great just to refine the design and get it out there so that other hackers can make their own and modify it in ways we can’t even imagine. The idea that anyone with the plans could print out their own handheld gaming device is quite exciting.

Are you looking for people to help? If so, who/what do you need?
Investors are always welcome!