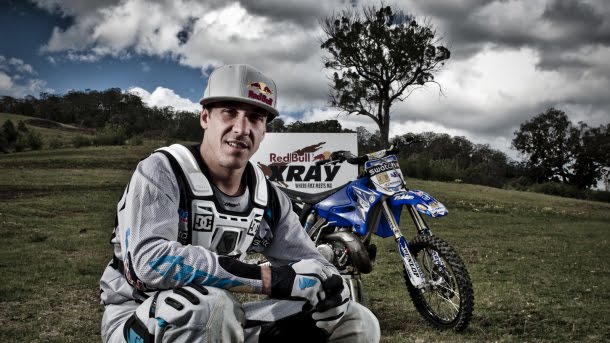 Motocross champion and stunt rider, Robbie Maddison, is sponsoring a prize for Hackagong 2013!

Robbie grew up in nearby Kiama and has an impressive list of stunts and achievements from a 120m jump across San Diego Bay to being Daniel Craig’s stunt double in the recent James Bond movie, Skyfall.

We got a message this morning from Michael Lawler of local Wollongong company Selera. He’s currently in the United States to expand their operations and open a new office in Silicon Valley, and happened to be in Los Angeles with Robbie who is currently looking to build a mobile app for his new site.

The prize is “Best Mobile Content App for Marketing”.

The team with the best app that helps people such as rock stars, bands, artists and sports stars to engage with their fan bases, will win $1000 cold hard cash plus signed merch from Robbie himself.

The app might include features such as  news, events, photo, video or merchandise, with emphasis on helping to optimise engagement and reach with fans.

Huge thanks to Robbie Maddison for the awesome prize! Will be interesting to see what comes out of the weekend ahead.